May 31, 2013 – Rubber stamp art? I was not familiar with this at all when Joseph Chiang of Monster Gallery first showed me some handcarved rubber-stamps some months ago. So I was glad he was able to organise a little exhibition for Hong Kong rubber stamp artist Fion Wong here in Singapore.

“Rubber stamp carving has a well established following in Japan and maybe Taiwan, but not so in Hong Kong,” said Wong, whose exhibition called “The Story of Mimuthings” opened at Monster Gallery/The Gentlemen’s Press on May 31, 2013.

It showcased not only Wong’s handcarved rubber stamps but also her prints, illustrations and ceramics.

“Mimuthings” refers to the two characters that appear in all her works—a cat and dog called Mio and Muo.

A new chapter in life

Wong told me the characters were first developed for a job back in 2002 when she was employed as an industrial designer.

“The characters were not chosen eventually by my client but I kept it for myself and started developing them on the side,” she said.

Last year, after working as an industrial designer for more than 10 years, she decided to quit her job to work full-time on Mimuthings. 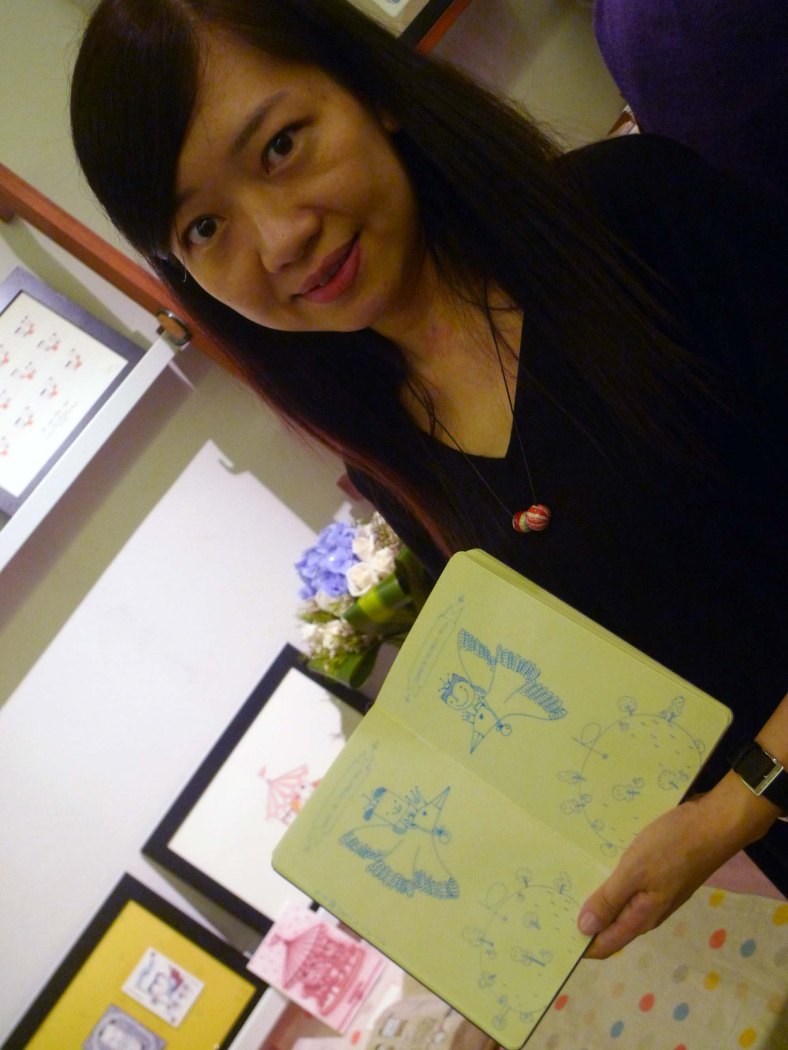 You will see imagination and dedication in Wong’s sketchbook.

“Mimuthings” in their many adventures in many forms.

From the pieces on display, I can see she has a special talent in character development.

There is both simplicity and sophistication in her characters and the worlds they inhabit — her composition and colours are well-considered and the themes imaginative and joyful. In other words, very, very cute.

Wong said she conducts rubber stamp carving workshops in Hong Kong. “The workshops are open to both children and adults, but I get mostly office ladies,” she said. 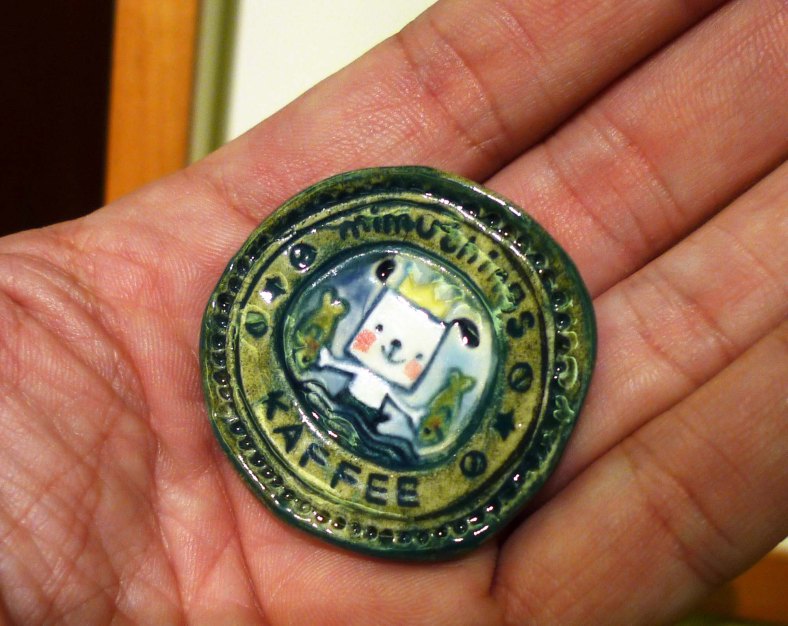 A ceramic medallion or brooch, with Muo (the dog character).

A ceramic Mio (the cat character) in flight.

A small but beautiful exhibition

“Mimuthings” is a small exhibition but feels just right for Wong’s delicate works. It is nice to see that her fantasy world has led to a new career and she is now free to take it as far as she wants.